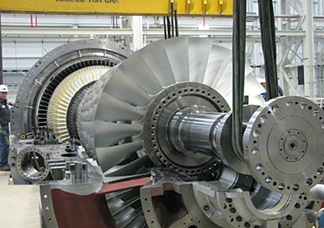 Siemens is continuing to expand its worldwide network of gas turbine manufacturing facilities. The company has invested more than $350 million in a 42,000 sq/m plant in Charlotte, North Carolina, creating 700 new jobs. The grand opening was held on November 16, 2011. The Charlotte plant will supply the U.S. and other countries that use 60 hertz grids, and support the company’s advanced power plant technology around the world. Exports from this location are expected to increase to more than $400 million annually. The Charlotte plant is the only Siemens plant in the world that makes both gas and steam turbines as well as generators. The facility also plays a key role in the important power plant service business.