Plattco Corporation launches EZ Seat, a way to replace the wear edge on double flap airlock valves to reduce maintenance time and cost and increase valve performance. In several pilot implementations, EZ Seat has delivered benefits in systems conveying cement kiln dust, limestone dust, sandstone dust, fly ash and other abrasive materials.
With the EZ Seat, plant operators no longer have to replace the entire wear component of their Plattco double flap airlock valve during maintenance procedures. Instead, they can simply replace a bolt-on, lightweight wear edge. In most instances, the EZ Seat replaceable component is approximately one-fifth the weight of the entire wear component. This enables one person to perform maintenance quickly and safely instead of requiring the aid of an extra person and taking up to six times as long.
The EZ Seat component also makes it possible for plant operators to customize their valve installation using one of several new high-performance materials, including a specially designed elastomer or PlattAlloy, the company’s wear-resistance metal. 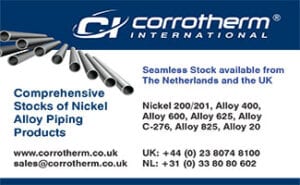