Concerns over greenhouse gases and their impact on climate change have prompted the world to move away from fossil fuels. However, decarbonizing the industry is not an easy task, given the technological and social challenges that need to be overcome.

For power generation, there is simply no way of eliminating fossil fuels plants in lieu of renewable sources for current electricity consumption levels. This means that the transition towards a greener future will definitely take place, but in decades, not in years. This article reviews the trends in the power market for the Americas region and considers their impact on future valve sales.

Valves and actuators are critical for any power plant, but in terms of capital expenditure they are typically responsible for less than 5% of the total cost. The types of valves used are also very different. Take two thermal plants, for example, a nuclear and a CCGT (Combined Cycle Gas Turbine). The working fluid in a nuclear power station is water, either liquid or as steam. If the fluid does not require extensive engineering for the valve, the nuclear environment demands stringent certifications, which make the valves more expensive than their oil & gas counterparts. Valves marked for the nuclear market are therefore not commonly found in other applications. On the other hand, valves for a CCGT plant are not very different from the typical valves found in a refinery; the major difference is in the quantity – hundreds for the former and thousands for the latter.One common theme found in valves related to fossil fuel burning is fugitive emissions. Fugitive emissions are unintentional, gaseous leaks of pollutants into the atmosphere. They are associated with air pollution, climate change, loss of commodities, and harm to human health. A major source of fugitive emissions are valves; not because they are gross leakers, but because of their sheer numbers. There are specific standards that valves should be tested against in order to prove their ability in limiting fugitive emissions. Nowadays, valves should leak no more than 500 ppm, but consent decrees can reduce this limit further (250 ppm). Achieving these numbers require careful material selection and fabrication; these parameters are reflected in the higher cost for these valves. 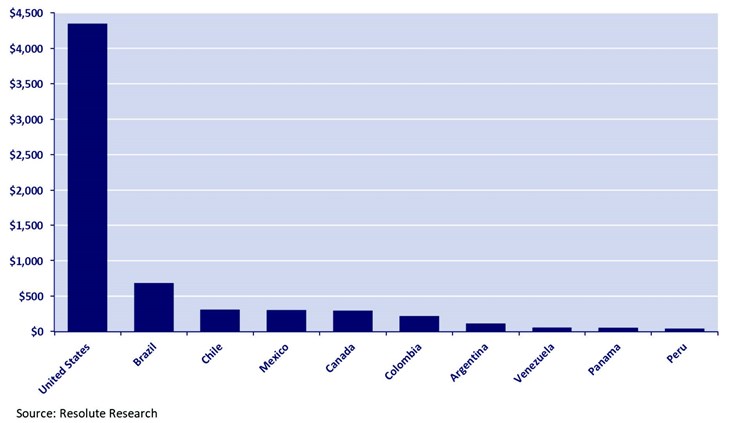 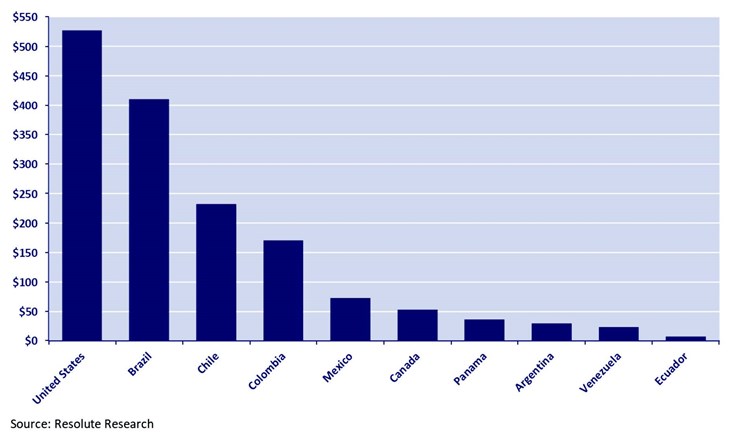 According to market research and consultancy firm Resolute Research, total valve and actuator expenditure associated with thermal power plants in the Americas (e.g., North and Latin America) is forecast to reach about USD 6.5 billion in the 5-year period between 2022 and 2027 (from an estimated global market of USD 73.2 Billion in the year 2020 for valves and actuators in all markets). This includes expenditure for new-build plants (‘Original Equipment’) currently under construction and at various stages of development, as well as expenditure for MRO activities (Maintenance, Repair, Overhaul / ‘Aftermarket’) at existing plants. Included in this forecast are plants powered by the following energy sources: Nuclear, Coal, Natural Gas, Oil, Biomass, and Concentrated Solar Power (CSP).The United States will be responsible for two thirds (66.9%) of this expenditure, followed by Brazil in a distant second place of about 10.5% of forecast valve and actuator sales (see Figure 1). In the U.S., roughly 88% of this expenditure will be spent on equipment (MRO) already in service in existing facilities (in comparison with 75% for the Americas as a whole). This can be explained by the fact that a growing share of new power generation projects are associated with non-thermal, renewable energy sources, primarily wind and solar PV, which together account for more than 50% of all new generation capacity under construction or development in the U.S. At the same time, decommissioning of thermal capacity is slowly but steadily outpacing new thermal capacity additions. 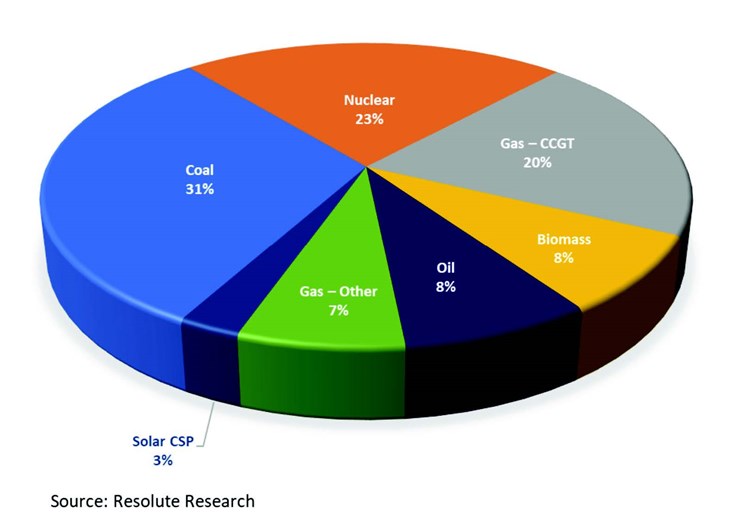 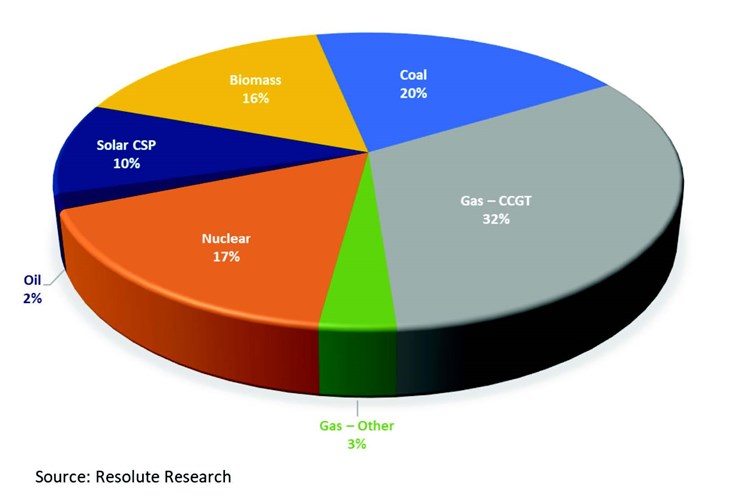 Power Generation Mix
Different countries have different natural resources, infrastructures, and economies. Given that electricity cannot be conveniently or economically stored to a large scale – and is costly to export over long distances – power generation is primarily a local business. As a result, there are a myriad of factors that play a role in determining the structure of a given country’s power generation mix, including: security of supply, capital expenses and long-term cost of supply, environmental impacts, water supply, availability of indigenous fuel resources (coal, natural gas), climate (sun and wind hours), and existing infrastructure (plants, grid, pipelines, roads, etc.), to name just a few. 1Reflecting on the mix above, expenditure for both new-build plants and MRO activities at existing plants shows a great diversity in energy sources. Coal-fired plants still receive a large share(31%) of the expenditure in valves and actuators, followed by nuclear (23%) and gas combined cycle gas turbine (CCGT) plant (see Figure 3). While the United States still accounts for nearly 90% of all existing coal-fired generation capacity in the Americas, this share is set to decrease due to the planned decommissions in the U.S. and new-build plants elsewhere in the Americas. Construction of new coal-fired plants is limited to Latin America, with the bulk of the projects located in Colombia and Brazil.

If looking more specifically at the data on new-build plants currently under construction and in various stages of development, we still see a great diversity in energy sources. Nearly one third (32.5%) will be driven by new CCGT (Combined Cycle Gas Plant) gas-fired plants, followed by coal-fired, nuclear, and bio-mass plants (see Figure 4).

“Crucially for valve sales, installed thermal power capacity is stable, undergoing restructuring, upgrading or new construction to replace decommissioned plants. In other words, growth in electricity production is not the only indicator of future opportunities for valve sales. Substantial opportunities for valve sales to fossil-fuel and nuclear power plants are found in aftermarket sales, power plant conversions and upgrades, along with new-plant construction, especially combined cycle gas turbine (CCGT) plants.”1