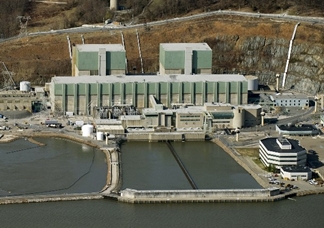 Exelon Nuclear will be asking the federal Nuclear Regulatory Commission to permit its Peach Bottom Atomic Power Station in Pennsylvania to increase its power production level. Should the extended power uprate be approved, the plant would be allowed to produce 12.5% more power.
The atomic station’s two operational reactors currently produce just over 1,000MW each, with 1,000megawatts being enough electricity to power a million homes per year. The proposal is yet to be submitted but should it be approved by the NRC, the reactors would be able to supply power to an additional 285,000 homes. During a previous meeting with NRC officials, Exelon indicated that the steam dryers in both reactors would be replaced as part of the uprate.
Exelon intends to submit the proposal to be reviewed by the NRC in September, but the review process may still take several years to complete. Federal officials will consider what modifications will have to be made to the plant, how the increased output will affect vibration levels and piping and how the addition spent nuclear fuel will be stored and disposed of.
According to NRC spokesman Neil Sheehan, 20 of the 104 currently operational nuclear reactors in the United States have been approved for uprates in the past. The financial investment that would be required for the uprate has yet to be determined.