Many plants are faced with increasing scrutiny on fugitive emissions, particularly from valves. Valves are typically responsible for over half of the fugitive emissions in a plant. This results in a high degree of examination for assessment and leakage reduction. A large refinery, or chemical plant, can have over 100,000 valves and finding leaks can be a difficult task. By Scott Boyson & Juan Cid – A.W. Chesterton Company 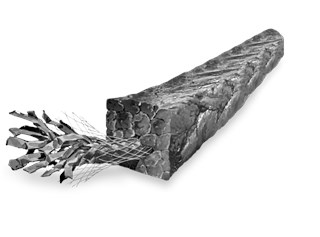 In situations that involve fugitive emissions, it is best to be proactive and employ the correct standards and best practices to prevent leaks in a cost-effective way.

The US Environmental Protection Agency (EPA) determined that the largest source of fugitive emissions come from leaking equipment, such as valves, from refineries and chemical plants. As part of its environmental enforcement activity, the EPA enters into legally binding consent decrees with end-users. These consent decrees often require enhanced leak detection and repair (LDAR) activity. Under consent decrees, leak levels are lowered, the ability to delay repairs of valves is minimized, and the use of certified low leak packing and valve technology is typically required.

In valves, the primary leakage point is between the stem and the stuffing box, so it makes sense to focus here. The aspects of the valve stem sealing area that can be addressed are the sealing materials and sealing technologies. When valve packing is used, there are tests available to review a valve stem’s packing leakage performance at various temperatures. The data from these tests are required to properly document certified low leak packing and valve technology.

New and repaired valves should be checked for fugitive emissions. Emission testing for new valves is available and is accompanied by recommended practices to reduce leakage rates. Some valves can be upgraded to low emission valve during valve repair. Overall, leaks can be minimized by proactively creating plant standards and establishing
proper procedures. Following a proper procedure will ultimately lower the costs associated with maintaining valves and ensure conformance to environmental requirements.

There has been an increased focus on packing emissions as a result of EPA enhanced LDAR consent decrees. This
increased focus is prevalent at many downstream refineries. However, the consent decrees also impact chemical and other processing plants. New regulations are on the horizon that will maintain this focus.

For valve packing sealing fugitive emissions, a popular packing test standard that is often referenced is the API 622
standard. This standard focuses on carbon graphite sealing elements. The test uses a standard fixture and methane as the test fluid medium. The test consists of 1510 strokes with five thermal cycles. During the test, the temperature cycles from 500°F to ambient, while the test pressure changes from 600 psig to atmospheric pressure.

The API 622 standard has recently been updated with a few significant changes that will further restrict leakage of the
packing set. For example, leakage must now be maintained at less than 100PPM with no gland adjustments. In addition, the packing cross-section was reduced from 0.25” to 0.125” cross-section. This narrower cross-section typically has greater leak rates than the 0.25” cross section due to its ability to easily compensate to dynamic movements in the valve stuffing box area. These changes will result in some packing types no longer being accepted as low emissions packing, forcing manufacturers and users to switch to upgraded API 622 certified packing.

In fugitive emissions testing, another area of focus is high temperature emissions performance. Many valves, such as API gate and globe valves, are rated to operate to temperatures of 1,000°F (538°C). Although the packing is in the stuffing box and operates at a lower temperature, analyzing high temperature emission tests to predict the packings performance is a good engineering practice. Methane is the preferred fluid for emission testing with the EPA Method 21, as it directly correlates to standard emission monitoring procedures and is preferred by the EPA as a generally accepted engineering practice. However, due to the safety risk of operating methane at high temperatures, the API 622 test is limited to 500°F (260 C).

To identify sealing performance at higher temperatures, the ISO 15848-1 test is available for use at 400°C (752°F). his test uses helium, which can operate quite safely at high temperatures. While not an exact correlation to the EPA Method 21 hydrocarbon leakage performance, the ISO 15848-1 test can be used as a guide to predict high temperature leakage performance. Keep in mind that this test is a valve design type test and is not a packing emissions test. However, it can still be useful when testing packings leaking performance. For PTFE packing, since API low emission standards such as API 622 are not available, the generally accepted engineering practices are often used. For instance, the API 622 test protocol can be operated at the temperature limit of PTFE, 400°F (205°C), and offers less than 100ppm leakage during the 1510 stroke test, with no gland packing adjustments. The ISO protocol has incorporated the use of methane as a test fluid, as it is preferred over helium and this test protocol can also be used for PTFE.

For high stroke applications, such as control valves, the ISO 15848-1 test is often used. This test is performed at 20,000 and 100,000 strokes on valves to ensure their long-term performance. Again, methane is preferred due to its direct correlation to Method 21 measurements. 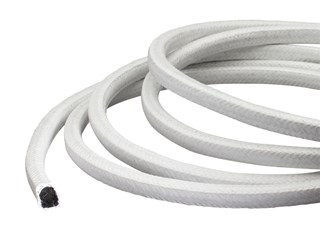 PTFE packings that meet less than 100ppm with no
adjustments are available. 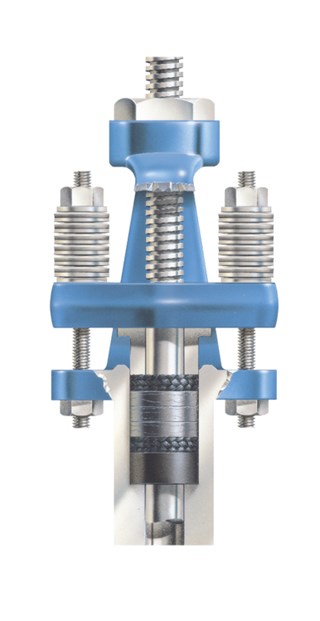 Valve testing standards are also available for low emission testing. The API624 standard exists for gate and globe
valves and is mandatory for most API valves of this type. Valves conforming to API 624 are required to use the API 622 packing that meets the latest update of the standard.

Quarter turn valves such as ball, butterfly and plug valves often need to meet low leak standards. The API 641 valve standard can be used to identify low leakage valves. This standard requires the use of API 622 packing when graphite packing is used. As these valves are often supplied with other packing materials, in a wide array of shapes and configurations such as O-rings and V rings, the API 641 test does not require any testing of these packing sets on their own.

ISO 15848-1 valve design type test is also an acceptable valve test protocol, especially when tested with methane for quarter turn valves. Stroke testing should be commensurate with the number of strokes expected to be seen during a five-year period.

Valves are sometimes repacked in the field during turnarounds or due to infield leakage. When these valves are repacked, proper care should be taken during removal, inspection and installation. The packing should be reviewed for its low emission performance, as previously identified. The correct tools should be used to remove packing to avoid scoring the stuffing box and stem. Pressurized water extraction devices can be used to extract the packing quickly and avoid damaging the valve. The valve should be inspected for repacking suitability and its ability to establish low emission performance. Stem and stuffing box surfaces should be free of large scratches, pits, and debris. All sealing surface finish should be within tolerance, and the bottom of the stuffing box should be flat and clean. Gland studs and nuts should also be able to rotate freely. Emery paper and thread dies can be used to assist in cleaning up the valve. Deep stuffing boxes on older valves should be filled with a split bushing. Stuffing box depth should be limited to no more than five cross-sections high.

When installing packing, each ring should be firmly seated in the stuffing box. A flexible tamping tool or split collar can be used to seat each packing ring. Care should be taken to orient the packing splits 120 to 180 degrees apart to minimize any leak paths. The gland nose should not be cocked in the stuffing box and the gland should be square to the stem. A thread lubricant should be used on the threads and under the gland nuts, especially if a torque value is been used to properly compress the packing. Torque wrenches should be used to tighten the gland nuts. Valves should be actuated, and torque reapplied in the down stroke position until limited gland nut movement is established. 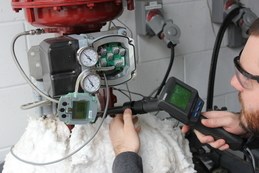 Method 21 is preferably used in both testing and field monitoring
for consistency.

The installation and commissioning of low emission valves is important. Close review of surface finishes and tolerances is required. Proper care should be taken not to overheat the sealing elements during any welding. The valve gland nuts should be torqued after valve installation to ensure proper packing compression. Gland nuts often loosen during shipping and handling, resulting in improper packing loading for low emission sealing. Adjustment of packing after valve installation is a best practice. In fact, some plants also retighten glands once the valves reach operating temperature in operation to ensure proper compression after thermal expansion of the components occurs.

Critical and specialty valves require even more scrutiny and can often fall outside of commonly used standards. Added measures such as “live-loading” can be used to increase the low emission performance of these valves. High cycle valves and critical valves often employ live-loading to aid with packing compression. Low emission packing can be used with the added security from the increased elasticity generated by the live-loading. It is important that the proper load be applied to the live-load set to achieve the proper packing compression.

Juan Cid is a Global Product Manager at A.W. Chesterton Company for the packing and gasket product lines. He holds a BS in Mechanical Engineering and has over 5 years of experience designing products for rotating equipment. In his free time, Juan enjoys spending time with his family on outdoors activities such as hiking and traveling.

Scott Boyson has over 30 years of experience in valve and pump sealing. He began his career as a Design Engineer and has helped develop technologies that have become standard in the industry today. He has been involved in numerous low emission projects with valve manufacturers and end-users. Currently, as Director of Strategic Accounts for Chesterton, Scott is working to assist end users and OEMs use comprehensive approaches to drive equipment reliability increases and environmental conformance in order to lower plants’ total costs.