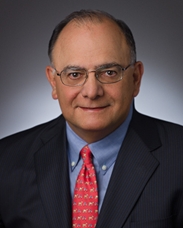 Clarence Cazalot, Jr., President, CEO and
Chairman of the Board