Torquing is a force of energy which allows rotation in machinery. The misuse and maximization on this force results in the damage of the equipment. The overtorque clutch provides a set-point rotational force which allows for safe operation, safe actuation, safe opening/closing, and safe seating/unseating of valves, gearboxes, and conveyors without overcompensating force of torquing. This is a mechanical device that will allow the proper and safe amount of input torque to pass into valves, actuators, and gear-boxes. Valve World Americas spoke to expert Andrew Wilhoit, from Aunspach Controls Company, to learn more about the uses and applications of overtorque clutches.

Q:Could you describe in detail what an overtorque clutch is, and how it is most commonly used?

A:The primary use of an overtorque clutch is to self-disengage when a pre-set torque is reached. Upon reaching the pre-set torque value the clutch is fully disengaged by an internal positive-action detent mechanism and no power or torque will be transmitted. With the common misuse of torquing in the machinery, this device will prevent overturning and tightening which results in damage. The overtorque clutch is a mechanical device that initiates a safe input of torque to valves, actuators, gearboxes and other machinery. Typically, it is attached to the input shaft of torque-driven equipment, where maximum safety, uptime, and reliability are of importance. If there is excessive rotational force which exceeds the over torque clutch’s set-point, the device will not transmit damaging torque, and will not allow damaging torque.

What is overtorque damage? What are the common causes and preventative measures?

Overtorque damage is caused by excessive input torque being applied to equipment. Often, common causes of these damages are not limited to untrained personnel, but factors such as aged equipment, environmental causes, mismatched equipment, and valve obstruction, which results in these devices performing differently than expected. Preventing measures taken to mitigate the risk of over torque can not only prolong the use of the equipment but also prevent potentially dangerous accidents from taking place. Neglecting to take preventative measures can result in unexpected repairs, replacement costs, excavation costs, and lost products.

Typically, there are three techniques that can mitigate the risk of overtorque damage: shear pins, friction clutches, and the positive action overtorque method. The first method, shear pin, is a primitive technique and a cost efficient quick fix. The drawback of this single-use mechanism is that it can be unpredictable, and the lifespan of the method is measurably short. The second method is seemingly more successful than shear pins; friction clutches have a higher cost initially but tend to last longer than the alternative. The replacement cost of friction clutches is also beneficial. This method is, however, unreliable, as it does not carry the same lifespan of the equipment and accuracy tends to change as the device wears or is used. The positive action overtorque clutch method provides the most reliable form of protection. Decoupling takes only milliseconds, or less, and this method is highly predictable. The high accuracy of this method is dependable, and provides protection for the equipment throughout the entirety of its lifetime. While the initial cost of this method is the most expensive, the investment can be considered the best form of insurance for the device.

Why is overtorque damage not more commonly spoken about?

Overtorque damage, and the maintenance involved to preserve it, is not commonly discussed due to a false trust in the manufactured products and equipment. Protection on equipment is often sought out after the damage has already occurred. One of the primary causes of damage is the result of the false notion that a valve is fully open or closed.

When attempting to fix this issue, there is the potential that personnel might operate the handwheel with more force than necessary, or use a ‘cheater bar’. A cheater bar comes in the form of a giant pipe-wrench or a long pipe that is wedged between the spokes of a handwheel. It provides more leverage than the handwheel is designed to provide. Applying weight to the hand-wheel using extreme force, or a ‘cheater bar,’ can be dangerous.

The input torque of a valve, gearbox, actuator etc., is applied by pulling the hand-wheel rim. This is referred to as the Rim Pull. The amount of torque applied depends on the size of the handwheel. When the operator has a larger handwheel, more torque is generated with the same amount of Rim Pull. When a ‘cheater bar’ is used it effectively simulates a larger handwheel, one that is much easier to apply excessive weight to. Certain handwheels are also ‘spokeless’ with solid centers; these are designed to ensure safety, and therefore prohibit the use of ‘cheater bars’.

One of the features of an overtorque clutch says ‘zero maintenance’, can you provide more details on this?

The series of test and trails that overtorque clutches undergo, and its use of several features, eliminate the need for maintenance. For example, the clutches are permanently lubricated, enforcing air-tight sealing which is ideal for applications that need to be submerged. Some units have been submerged in lake Michigan for over twenty years, meaning that the clutch was able to remain water-tight under 250 feet of pressure; this exceeds the IP68 water ingress standard. The fusion bonded epoxy with UV-top coat is also a feature that eliminates maintenance.

In order to ensure that this equipment will serve its full purpose, an overtorque clutch should come pre-calibrated and machined to fit the specifications of the application it will be used in. Following post-installation of the device, personnel will not anticipate further maintenance or repair.

Can you describe CAD/CAM, 3D-prototyping and CNC technology?

3D prototyping and CNC technology allows the designer to test the products and various versions of the clutch. For example, there was an application in which a clutch was going to be placed on a rotisserie table that belonged to the rover sent to Mars. This piece of equipment needed a different torque that would rotate clockwise and counter-clockwise. To our knowledge, something like this had not existed and so we had to design a concept, create a few versions of it and thus, were able to print the prototype that could be tested.

The system uses application- specific inputs to generate 2D/3D envelope submittals for customer review and approval, in addition to the requisite connection details for machining. Costs are minimized by combining 3D design, simulation, and prototyping methods with decades of test data.

What are the most common mistakes you see in the use of a clutch in valve/actuator applications? How can they be corrected?

One of the most common mistakes seen in valve/actuator applications is that the operator assumes that the electronic torque limit switches will protect the manual override input side of an electric actuators. Oftentimes, operators rely on travel stops or inferior protection methods, such as shear pins or friction clutches, which do not provide reliable protection; there is a high margin for error. The use of a clutch or a system that require modifications to equipment or adaptation by the user could therefore potentially become problematic.

What are your thoughts on the current clutch industry and product offerings?

Currently, the industry offers primitive methods, which are abundant quick fixes and appropriately priced; however, they do not offer the precision, reliability and ease of turnkey positive-action clutch solutions. Consequently, end users are forced to spend a significant amount of time figuring out how to adapt an off-the-shelf ‘commodity’ clutch to suit their application requirements. Moreover, using inferior methods of protection gives a false sense of security due to ambiguity, which then becomes inherent in methods that are less predictable. 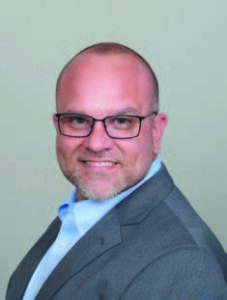