A significant number of monthly valve company acquisitions are currently taking place. To determine the cause and effect of the acquisitions, an analysis has been conducted on the 2022 transactions to date. The findings of this analysis suggest that many have resulted from the pursuit of niche market share leadership.

To gain the best perspective on how valve company acquisitions have impacted the valve market overall, it is best to assess each of the larger acquisitions individually. The diversification of each company’s product offerings and specialties, will position them to grow with the ever progressive industry.

In February of 2022, Allied Valves acquired Great Lake Process and has therefore gained market niches for distribution in the U.S. It also consolidated four smaller firms into a larger network covering 13 states to better serve customers and provide them with a greater array of brands and product expertise.

VAG will strengthen its market share in Brazil and use that to move into other parts of Latin America with the acquisition of RTS.

Priorities are set on higher growth niches. One of those niches is carbon-neutral technologies in oil & gas. The fastest growing niche will be carbon negative. Both ITT and Severn made recent acquisitions with this in mind.

ITT purchased Habonim who is well positioned in the oil & gas industry. The company makes a full range of cryogenic valves which will be advantageous as the industry becomes more focused on carbon capture processes, such as sequestration.

The deal, which follows the strategic partnership announced in June of 2021, represents a step toward Severn Group’s vision to become the leading global severe service valve specialist in the energy and industrials sectors. ValvTechnologies retained its operational independence and has since benefited from a broader pool of expertise and resources as part of the wider Group, alongside Severn and LB Bentley.

The use of ValvTechnologies design, which uses an integral seat rather than loose seats, provides Severn the opportunity to avoid the learning curb associated with severe services. Since the demand for this type of valve will be growing at double digit rates, the acquisition is attractive.

A LITTLE PUSH FOR ACQUISITIONS

The green movement has certainly acted as an incentive to entre new niche markets. For example, a large CO2 sequestration project, which results in carbon neutral power or blue hydrogen, is currently underway at Drax power station in the UK. What makes this project unique is that it is using wood chips as fuel rather than biomass. The trees in Alabama absorb CO2 from the atmosphere and are then chopped into chips and sent to Drax. The carbon stored in these chips is then converted to CO2 for use in the power plant. Drax is therefore in the process of completing a CO2 capture and sequestration plant for such purposes.
As Drax, and other companies, have recognized that the green initiative will be prevalent in the industry for the foreseeable future, many are pursuing and becoming specialist in the market.
Most environmentalists now embrace these carbon negative processes to meet the greenhouse gas targets faster and at less cost.

Acquisitions are being justified to expand markets and to acquire new technologies. In both cases the focus is on gaining market share in specific niches that are projected to grow over the next 20-30 years. 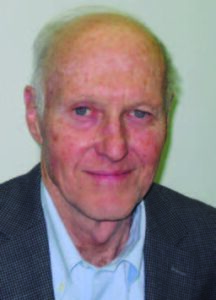